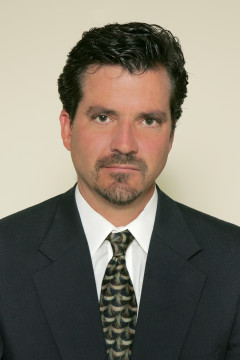 Louis Kaye has practiced law for over twenty six years, focusing on insurance defense litigation such as automobile and premises liability, first and third party coverage, and bad faith litigation.  Based in Orlando, he has been named one of Orlandoʼs Top Lawyers by Orlando Home and Leisure.  He is an “AV Preeminent” rated attorney by Martindale-Hubbell.

Mr. Kaye attended Deerfield Academy, before matriculating to Washington & Lee University. There, he earned a double major Bachelor of Science in Business Administration and Accounting. He worked for Walt Disney World, in financial reporting, before deciding to join the legal profession. He earned his juris doctor from the Walter F. George School of Law at Mercer University. During law school, Mr. Kaye was selected to serve as judicial intern for the judges of the Ninth Circuit of Florida, including Chief Judge the Hon. Belvin Perry, who later presided over the infamous trial of Casey Anthony. Mr. Kaye is licensed to practice law in Florida and Georgia, and has been admitted to the United States District Court for the Middle District of Florida. He has been qualified to serve as an attorney fee expert witness. He has been certified to teach continuing education courses for insurance adjusters by the Florida Department of Financial Services. He has been the keynote speaker for conferences and has given numerous seminars and speeches throughout the country.